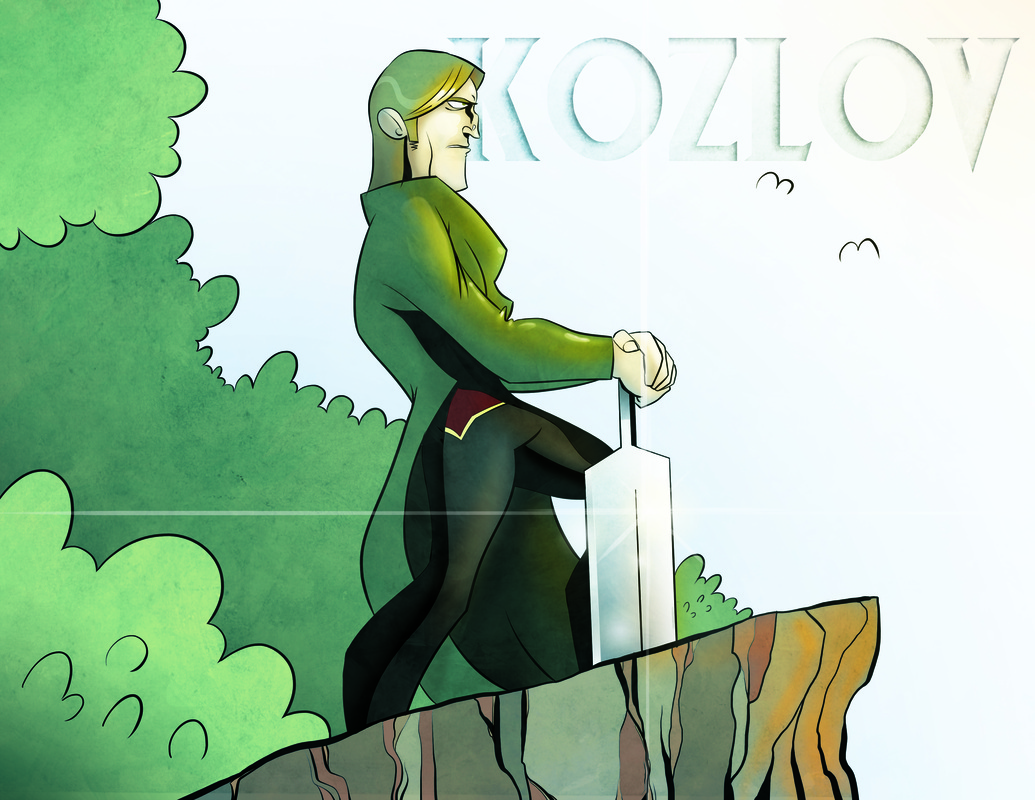 I proposed the idea of creating a series of graphic novels to my friend Steve at Worthit Studios.  This is his interpretation of Kozlov.  I think its great and I can't wait to get on with the fun.  The stories will be told by various characters within the realm.  They will be far fetched and sometimes comical as stories of legend should be.  Each however will be recognizable in the novel, Legend of Kozlov, when it comes out.  Kozlov; Tall Tales, is still in it's infancy stage at this time as both of our schedules are quite full.  I will keep you updated as new material is formed.
D.E. 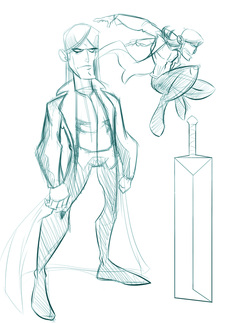 Some character sketches of Kozlov and his sword by, Steve Mills. 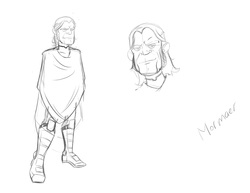 Mormaer is the Chief of Warminster, a land north of Bayfield.  We first meet him in "The Quest for the Black Dragon" coming to the aid of Jesse in the plains of Harrington.
In Kozlov; Tall Tales we meet his wife, Sarah and their three children, Ezra, Isaac and Micah. 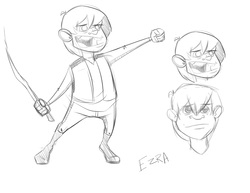 Ezra is the oldest son of Mormaer and Sarah 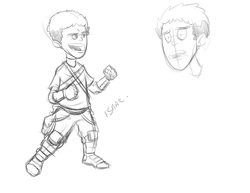 Isaac is their second son.  He is a little intense. 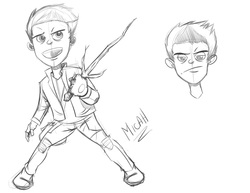 Micah is their youngest son.  He is easily irritated by Isaac. 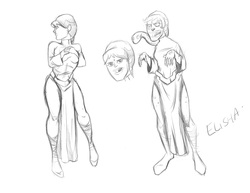 This page has Princess Elisha who is Kozlov's Queen to be and a witch who traps Kozlov in the first episode.
The short stories in, "Damsels in Distress", are told by Mormaer and Sarah to their children. 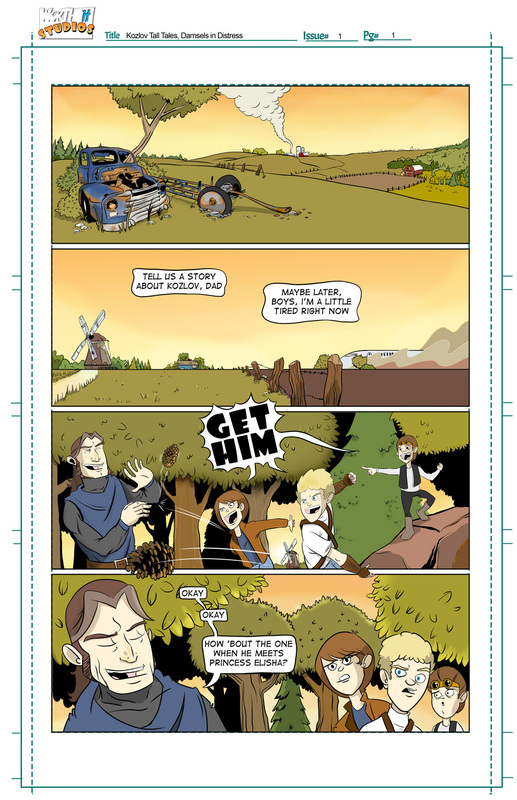 Above is the first page for, Kozlov; Tall Tales; Damsels in Distress.  This will probably be the last sneak peek.  But there's good news!  Steve is working like a fiend and things are coming along nicely!